Does Being Rich Increase Your Risk of Divorce? 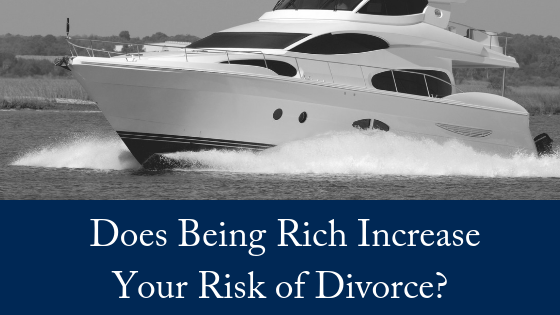 Money is the leading cause of stress in a relationship, according to a survey of over 2,000 adults by SunTrust Bank. The research found that 35 percent of people named finances as the primary trouble spot with their partner.

Naturally, couples who are on the same page increase their chances of success. The better your financial footing when a committed relationship starts, the less likely you are to break up after the first few years, the study showed.

However, that doesn’t mean that wealthy couples necessarily fare better.

In addition to maintaining a more expensive lifestyle, high-net-worth couples open themselves up to greater discrepancies over financial matters. If in one couple, one is a very high income earner, often the other spouse is not working. The underlying economic disparity is an issue.

In addition, the high-income earner may have a job that requires travel and long hours, which can cause strain on the marriage.

Interestingly, it’s during times when the economy is growing and incomes are rising that divorce is more likely, according to research.

As the economy strengthens and incomes rise across the board, more couples may experience trouble: divorces tend to pick up, rather than decrease, in an economic boom. 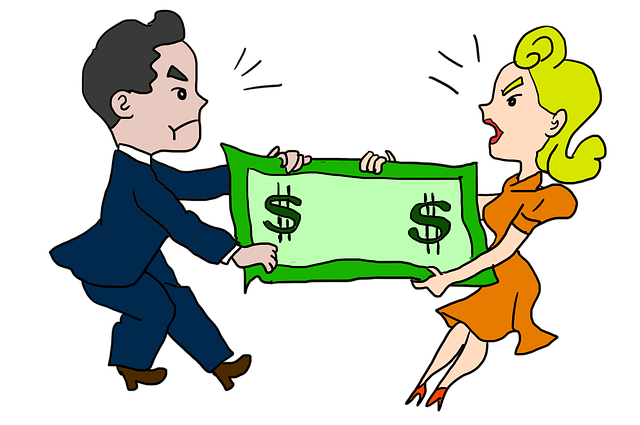 A new report by the Chartered Insurance Institute (CII), “Risk, exposure and resilience to risk in Britain today” emphasises that divorce and separation are a significant financial risk to women left “vulnerable” by joint decisions made while they were in a long-term relationship. The average divorced woman has less than a third of the superannuation wealth of the average divorced man, while 10% more divorced women expect to rely on the state pension than men, 41% of whom have an occupational pension (or super, as it’s known in Australia). To compound this issue, women are more likely to have more caring responsibilities, and to suffer mental health problems.

The reality for most women is that they have often created homes, raised children and supported their partners while their own careers have stood still, or progressed at a considerably slower rate. The money these women could have earned – and consequently their potential to save for their own future long-term needs, including retirement – has been significantly compromised.

In her analysis of whether the oft-quoted stat that 50% of marriages end in divorce is really accurate (answer: maybe), Time‘s Belinda Luscombe writes, “What seems most clear is that less-educated, lower-income couples split up more often than college grads and may be doing so in higher numbers than before.” She also quotes sociologist Paul Amato, who says, “The people who are most likely to get divorced have the least resources to deal with its impact, particularly on children.”
A recent and widely-cited report by economists Betsey Stevenson and Adam Isen found that college-educated white women were the most likely group of all women to be married at age 40, not because they are more likely to marry, but because they’re less likely to divorce.
Since divorce can severely impact a woman’s financial well-being, as well as costing both parties a lot of money in legal fees, it’s especially problematic for couples who don’t have a lot of money to start out with. And for women who may have taken time out of the workforce to raise children, a lack of education can make it even harder to get back in. All of which underscores Amato’s point: we really should be talking about the disproportionate prevalence of divorce among the people for whom it can be most catastrophic.
There are a number of factors which will increase the risk of divorce, including your socioeconomic status, your family history, whether you’ve been married before and even how household chores are managed. If you need assistance with any aspect of separation and divorce, please contact our friendly, experienced team today. We offer a free, 10-minute phone consultation.