Can You Apply For A Divorce If You’ve Been Married For Less Than Two Years? 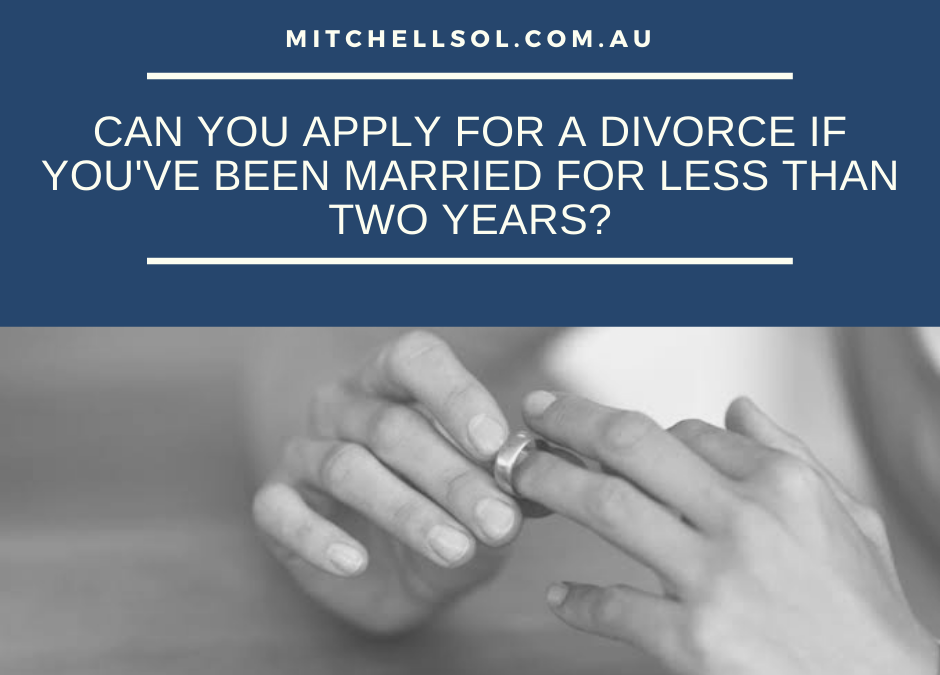 Tabloid Media loves reporting on Celebrity Marriages and, sometimes inevitably, Celebrity Breakups. Couples marry, have a lavish ceremony, then decide after months, weeks or even days that they weren’t right for each other and separate. So, can you apply for a divorce if you’ve been married for less than two years?

An application for a divorce order in relation to a marriage shall not, without the leave of the court granted under subsection (1C) be filed within the period of 2 years after the date of the parties marriage unless there is filed with the application a certificate:

(a) stating that the parties to the marriage have considered a reconciliation with the assistance of a specified person (i.e. a family counsellor or consultant appointed by the Court); and

(b) signed by that person or on behalf of that organisation, as the case may be.

In other words, you must go through couples’ counselling and obtain a certificate to say you have done so. In certain cases, under s44(1C), if the Court is satisfied there are special circumstances, which justify the parties not having considered reconciliation, then leave can be granted for the divorce application to be filed.

What qualifies as Special Circumstances where Counselling has not occurred?

In 1979, Mr Malyszko filed an application for divorce 17 months after his marriage to Ms Malyszko had ended.

Ms Malyszko was 18 and, at the time of their marriage, was pregnant to another man. The marriage lasted one week, at which time Ms Malyszko moved out of the matrimonial home. Between their date of separation and the filing of the application, neither party had spoken to the other.

Justice Ellis was required to consider the meaning of the word ‘consider’ to determine whether the prospects of reconciliation had been appropriately considered by either party. The judge, after consulting the Shorter Oxford English Dictionary’s definition, stated “the word consider in its ordinary usage…has different shades of meaning but in its ordinary usage the word does not necessarily involve discussions.” Therefore, it did not matter that Mr Malyszko had not discussed his intention to apply for divorce, nor any potential for reconciliation, with Ms Malyszko. Justice Ellis, however, found that Ms Malyszko had not satisfied her legal obligation to consider reconciliation and, although Mr Malyszko had, it was not sufficient to meet the legislative threshold.

The judge was then required to determine whether the facts of this particular case could be classified as “special circumstances”. He did not believe that term was able to be defined, rather that it “refers to facts peculiar to the particular case under consideration, facts which set that case apart from other cases.”

Subsequently, Justice Ellis determined that the unique facts of this case satisfied his threshold for special circumstances and accordingly granted leave for the divorce application to be heard.

It is an unfortunate fact of life that relationships break down. A married couple may be headed for divorce less than two years after their happy day. If someone finds themselves in this situation it would be best to agree to attend counselling, than to argue about it later.

Having said that, every case is different, so it is always important to seek legal advice first.

Kristen Mitchell-Scott is part of the Mitchells Solicitors family law team, and holds dual degrees in Bachelor of Laws (Honours) and Bachelor of Arts, majoring in Japanese and Criminology from the University of Queensland, and a Graduate Diploma in Legal Practice from the College of Law. 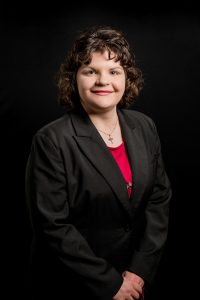 Kristen Mitchell-Scott is part of the Mitchells Solicitors family law team, and holds dual degrees in Bachelor of Laws (Honours) and Bachelor of Arts, majoring in Japanese and Criminology from the University of Queensland, and a Graduate Diploma in Legal Practice from the College of Law.