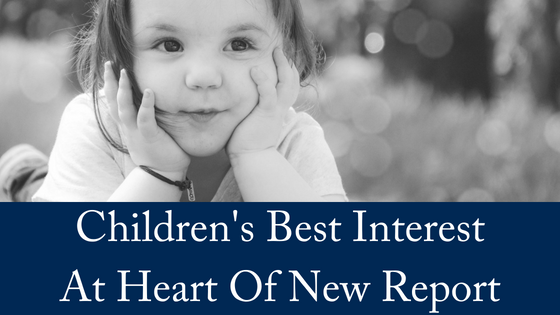 Children’s best interests should be front and centre in the middle of custody battles and they should have a say in where they live, according to the Queensland’s child rights watchdog.

Chief Commissioner of the state government’s Family and Child Commission, Cheryl Vardon, said children should be heard during the court proceedings.

The commission’s report highlights concern about the “lack of respect and weight given to the views of the child” in custody disputes.

“While there is a benefit to the child having a meaningful relationship with both parents, this should not be placed above a child’s protection,” the submission states.

Bravehearts founder Hetty Johnston told The Courier-Mail that she demanded a royal commission into the Family Court. “The child’s rights need to outweigh the parents’ rights,” she said. “The evidence of the child should be the first priority.”

This comes as the Federal Government has called on the Australian Law Reform Commission to for major reforms, with the spotlight shining brightly on family violence and child abuse. The first recommendation is that children should be able to better express their wishes. The report says: there is a difference between asking a child to participate directly or to give evidence in relation to disputes of fact (which should generally be avoided) and allowing a child the opportunity to express his or her wishes on a particular matter. Children’s participation in Family Court proceedings requires flexibility to ensure that the level and kind of participation is suitable for the needs and capacities of the individual child.

Children should not be required or pressured to do so but mature children should be able to participate appropriately, even to the extent of becoming witnesses or parties in litigation, where they freely indicate a desire to do so. In those cases, the involvement of children in the family decision-making process can be of real benefit to the children, to the court and ultimately to achieving a decision in the children’s best interests.

Another recommendation was to reduce the adversarial nature of court proceedings. Many submissions to the Inquiry suggested that the adversarial model of litigation is inappropriate for the Family Court and particularly for children’s matters.

The adversarial mode frequently sets the stage for the children to become the battleground and/or weapons in the parental conflict. As victims, their lives may become distorted permanently.

The recommendation states that judges and magistrates deciding family law matters should be encouraged to intervene appropriately to assist the determination of the children’s best interests in Family Court children’s matters.

Another recommendation was that while the family court process has been simplified as much as possible, legal representation specifically for children was often not identified until much later during proceedings. In January 1996 the Family Court introduced simplified procedures designed to reduce the complexity and cost of proceedings and to encourage an attitudinal shift from litigation to negotiation. They were adopted in recognition of the fact that only 5% of cases commenced in the Family Court proceed to trial.

This can be problematic if issues of child abuse are involved in the matter but are not disclosed to the registrar at the directions hearing or if there is a question of whether a legal representative should be appointed for the child for other reasons. It also makes it difficult to determine whether a family report should be prepared.

The recommendation states that through consultation and research, the Family Court should determine how best to assess at the earliest possible time the need to appoint a legal representative for the child.

The report also stated that the Inquiry considers that the Family Court should order family reports earlier in proceedings. An early report may be used as the basis for a later report if needed. It is particularly important that court counsellors become involved in the process earlier than they do at present if they are to play an expanded role in investigating and providing information to the court on the best interests of the child. The report recommended that the role of court counsellors providing reports should be expanded to include greater investigative functions. This was made in the context of the recommendation that representatives for children should conduct the litigation, wherever possible, on the directions of the child. An expanded role for court counsellors as investigators of the child’s objective best interests requires the early involvement of the report writer.

Experts hope that the report by the Australian Law Reform Commission will assist families going through the family court system to avoid undue stress and that it will further act in the children’s best interests.

If you need assistance with separation and divorce, please contact our friendly, experienced team today. We offer a free, 10-minute phone consultation.