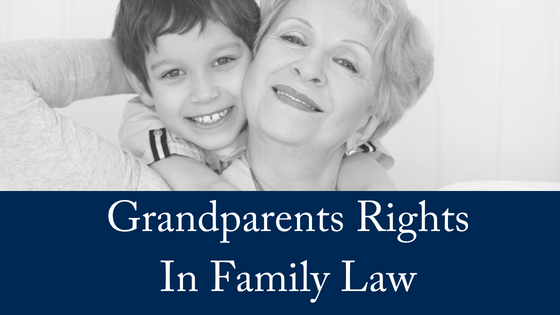 In the UK, a rising number of grandparents are going to court to win the right to see their grandchildren new figures show, as experts say grandparents rights are often being overlooked.

Statistics from the Ministry of Justice show that almost 2,000 applications for child arrangements orders, which give family members the right to see a child, were made by grandparents in 2016. This has risen from 1,617 in 2014. The figures show that more than 1,000 applications were made between January and June last year, suggesting that that 2017’s figures were set to outstrip the previous year’s statistics.

Family lawyers said the court cases were most likely to be driven by grandparents on the father’s side as fathers were less likely to have custody of the child and their families struggled to maintain contact.

Close family relationships between grandparents and grandchildren are increasingly common as the cost of childcare pushes parents to rely on informal care from family members.  Better health and longer lives also means an increasing number of people are living long enough to see their grandchildren grow up. These closer ties do mean that grandparents rights are increasingly becoming important within family law.

In the UK, access for grandparents to their grandchildren are sought through agreement with the parents or carers of the child. However, where this cannot be agreed, the grandparent(s) can seek the leave of the court, and if successful, make an application for a child arrangements order to grant contact or residence.

Unlike a child’s parents and certain other people prescribed in statute, a grandparent does not have an automatic reply to apply for a child arrangements order (unless they happen to qualify under one of the prescribed conditions).  Rather, they first have to be granted the leave of the court to apply.

Child arrangements orders were introduced through the Children and Families Act 2014, and replicate the same functions as the contact and residence orders that they replaced.  A child arrangement order sets out where a child lives or the contact they have with any person (or both). When determining whether to make, vary, or discharge such an order, a court’s “paramount consideration” is the welfare of the child. While child arrangement orders can be made for a child or young person aged under 18 years, unless there are exceptional circumstances they cannot be made to have effect after a child reaches the age of 16 years old.

Maeve Thompson, of charity Grandparents Plus, said grandparents were “devastated” if they were no longer able to see their grandchildren due to divorce.

“Grandparents are playing increasingly important roles in children’s lives, and research has shown that they’re having a positive impact – particularly on adolescents and when families are going through difficult times,” she said. In the British Parliament, MPs from all parties are reportedly backing a change to the Children’s Act 1989 which would enshrine every child’s right to have a relationship with their grandparents and other close relatives in law.

The move comes after complaints that grandparents are being “alienated” from their grandkids following divorce cases – and even being investigated for harassment for sending them birthday cards.

Grandparents currently face a costly two-stage process to get access to their grandchildren following divorces which involves court applications and “child arrangement orders”.

Justice minister Lucy Frazer, QC, told The Daily Telegraph she will consider changing the law to introduce a “presumption” that grandparents can have access to their grandchildren after parents split up.

A Ministry of Justice spokesman added: “We will consider any proposals for helping children maintain involvement with grandparents, together with other potential reforms to the family justice system which are currently being looking at.”

The Family Law Act 1975 is the law that applies across Australia to separation and divorce, division of property and who children live and spend time with when their parents separate, whether or not their parents were married.

Grandparents can use the Family Law Act to apply to court for orders that their grandchildren live with or spend time with them. You can do this whether the parents of the children are together or separated.

If you have any questions about family law or grandparents rights, please contact our friendly, experienced team. We offer a free, 10-minute phone consultation.