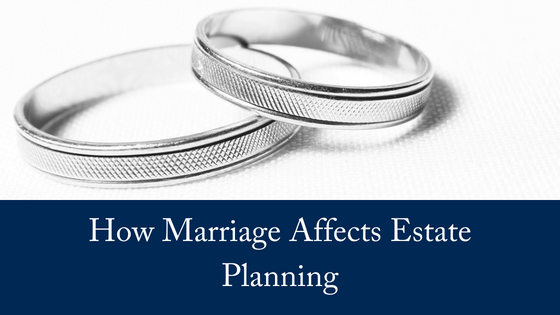 When considering writing your will and getting your estate planning in order, you should also consider how marriage, divorce and re-marriage can affect your final wishes.

A case in point is murdered Brazilian mining executive Cecilia Haddad, who may have still been legally married to her estranged husband when she died. Felipe Torres has joined Ms Haddad’s father in a legal battle over her estate, which the NSW Supreme Court heard on Monday could be worth more than $1.8 million.

Ms Haddad’s fully clothed body was found by kayakers in the Lane Cove River on April 29. Her former partner Mario Marcelo Santoro, who left Australia for Brazil the weekend she died, has since been charged with murder by Brazilian authorities.

A lawyer representing Ms Haddad’s family said a document from Brazil was being translated that could shed light on how far through the process they were. The pair had sought to divide assets in November 2017, including two properties in Queensland and Western Australia.

The court also heard inquiries were being made into an estimated $1.8 million in life insurance and/or superannuation and an off-the-plan unit which had been sighted on documents in Ms Haddad’s belongings.

“There are two factors which may be significant – is there a will? Nobody has found a will.” Justice Lindsay said. “The other is did the deceased die with a husband? That’s something being worked out apparently.

“There may be enough for people to fight about if they were inclined to fight.”

He adjourned the matter until on August 6.

Ms Haddad’s father, Jose Ibrahim Haddad, in June filed a civil claim in the NSW Supreme Court to be the administrator of her estate. Why You Should Make Your Divorce Legal

In a bitter dispute that exposes the limits of the law, a young man who died without a will has unwittingly left his entire estate to his estranged wife – even though the couple had already split their assets and had new partners. The man’s grieving family has no rights to the assets.

“It still astounds me now,” said his father, who described his “total shock” at the sudden death of his 31-year-old son.

Before his death, his son told him he had met the woman who was “the one” and the new couple spent the last 15 months of his life together.

A missing signature is at the heart of the legal battle. The man’s estranged wife, who wanted to remarry, had served signed divorce papers on him months before his death but he had not signed them.

If he had been divorced or had left a will, his estranged wife would have no claim on the estate, which includes a house, superannuation and a death benefit. But because they were still legally married and they had no children, the state Succession Act says she is entitled to the whole of the estate.

After the couple split, the man paid his estranged wife $35,000 under a property settlement which allowed him to keep the matrimonial home. He had built the house on a block of land he bought before he was married.

The man was living with his new partner at the time of his death and they planned to buy a house and have children together. But the Succession Act only gives de facto spouses an automatic right to part of the estate if the couple had lived together for at least two years or had a child together.

The man’s new partner said his father was left “heartbroken” over the dispute. In a last-ditch legal bid, she will ask the Supreme Court to grant a “family provision order” to give her a share of the estate.

One of the most important steps that you can take upon marriage, divorce and/or re-marriage is to re-write your will, revoke any Power of Attorney and Advance Health Directive you have in place to your ex-spouse. Another important aspect of estate planning is to update any Binding Death Nominations on your superannuation benefits. You may be separated for a year or more, and even agreed on a property settlement, but if one of you unexpectedly dies before the divorce is legally finalised, the estranged spouse may then inherit the entire estate because they are still legally married.

This can apply even when you haven’t written a will. Under the laws of intestacy, the surviving ‘spouse’ is the person who inherits the estate, even if you are separated at the time of the death.

Make sure your wills are updated as soon as you have decided to separate – and don’t delay getting your legal divorce. For assistance with any aspect of wills and estate planning, contact our experienced team today. We offer a FREE, 10-minute phone consultation.