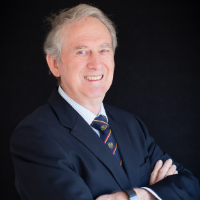 Graham began his career in banking for 13 years before deciding to make the switch to the law. He studied his degree part-time for six years while working as an articled clerk with solicitors at Mt Gravatt and Capalaba. Following his graduation, Graham spent four years as a company solicitor with a trustee company doing wills, estates and general company law.

In the early 1990s Graham started his own firm doing all kinds of law, but with an interest in wills and estates. His practices have been located in Wellington Point, Thorneside and Mudgeeraba.

Outside of the law, Graham has two daughters and six grandchildren, enjoys musicals and has acted on stage with Brisbaned-based Savoyards in several productions.