Should Australia Have An Inheritance Tax? 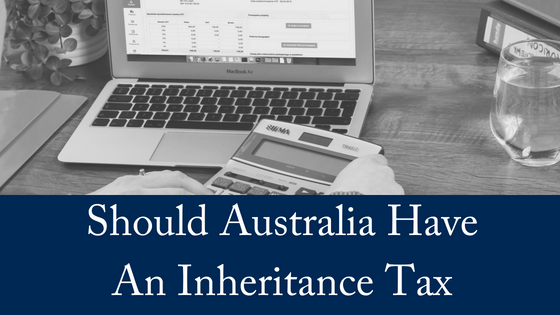 Australia is one of the few OECD countries to not charge an inheritance tax. But should it be considered as a legitimate way to raise revenue and redistribute wealth?

But Sir Bruce, who was an outspoken opponent of inheritance tax, may have found a way to outfox the government.

His wife, who will inherit the lot once funeral and other expenses are paid, won’t have to pay any inheritance tax due to a law regarding bequests between spouses.

And once she inherits the cash, she’ll then be legally able to give away up to $1,158,680 tax free per person as gifts, The Mirror reports.

If he had left a direct inheritance to his children, they would have been forced to fork out thousands in tax, with the Mail on Sunday reporting any sum of money over $579,340 which wasn’t left to his wife or a charity would have been subjected to a massive 40 per cent levy.

“I think your inheritance should go to your children more than back to the country that you’ve lived in,” he said.

“I’m not saying you don’t owe the country something, of course you owe your country a lot for living there all those years. But I think it can be a bit over the top.”

His nine grandchildren will also inherit $178,258 each, which has been placed in a trust which they can access once they turn 21. Once his fortune is transferred, Ms Merced will be able to transfer up to £650,000 to each relative tax free.

There is no inheritance tax or gift duty in Australia. Death duties used to be part of Australia’s tax mix, until then Queensland premier Sir Joh Bjelke-Petersen axed his state’s in the late-1970s, triggering the other states and Commonwealth to copy his move.

But that has left Australia in the minority of developed nations.

While some countries have emulated by dropping their inheritance taxes over the past few decades, 19 out of 34 OECD members still have some form of estate duty on direct descendants (while a couple of others only tax bequests beyond the immediate family).

The US, UK, Japan and Germany all have significant death duties, with Japan’s rate at 55 per cent the world’s highest.

There can still be taxation implications for beneficiaries of an estate in Australia.

Superannuation benefits are a good example. Superannuation cannot directly be dealt with by your will – a binding death nomination is one way of directing your super proceeds in a specific way. Otherwise the super fund’s trustee will work out who to pay any benefit to (either as a lump sum or an income stream). Super paid after a person’s death is called a ‘super death benefit’.

The tax on a super death benefit depends on:

If you are a beneficiary under a Will you need to make sure that you are aware of all the taxation implications in your inheritance. It is a complex area of the law, and one of the advantages of goof quality legal advice is tax minimisation.