How Is Mental Incapacity Determined By The Court? 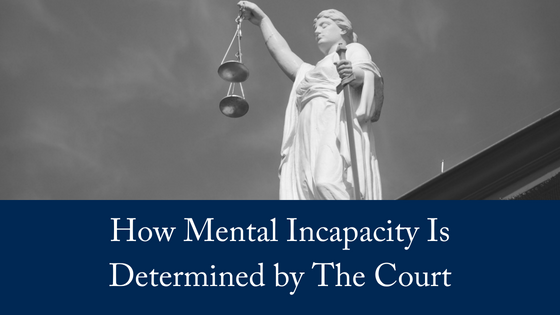 In Power v Smart (2018) WASC 168, the daughters of the late Mrs Okle, who had dementia and severely impaired vision and hearing, unsuccessfully disputed the validity of their late mother’s will.

Mrs Okle’s daughters, Susan and Ainslie, opposed the proceedings. They claimed that the 2011 Will was invalid because at the time Mrs Okle lacked the necessary testamentary capacity, did not know and approve the contents within the will, and was the subject of undue influence.

Susan and Ainslie sought to prove an earlier will signed by Mrs Okle in February 1998. In that will she left the majority of her estate to Susan.

How The Court Approached Mental Incapacity

Testamentary capacity is the ability of a will-maker to make a valid will.  A will may be deemed invalid if:

Susan and Ainslie argued that their mother did not have the necessary testamentary capacity due to: The court heard that when Mrs Okle asked her solicitor to prepare her 2011 will, she explained why she was not leaving her estate to her daughters, and that she wanted a stipulation that only her biological great grandchildren were to benefit from her estate.

His Honour Justice Derrick was of the view that Mrs Okle’s instructions to reference her “biological” grandchildren was significant as it revealed that she had an understanding of that clause in the 2011 Will and that she knew she was excluding her grandchildren from her will.

Despite Mrs Okle’s dementia diagnosis, His Honour was satisfied that she had testamentary capacity at the time of executing the 2011 Will. His Honour came to this conclusion that the will-maker understood the act of making the 2011 will, the extent of her property, and the impact changing her will might have upon her children and grandchildren.

Susan and Ainslie further argued that the 2011 will had been written by Mrs Okle due to undue influence from her granddaughter (and one of the executors) Robyn. Robyn arranged Mrs Okle’s meeting with the solicitor to take her will instructions and was present for some parts of the their first meeting.

His Honour was not satisfied that Mrs Okle was prevented from exercising her free will when she made the 2011 Will and referred to the fact that Robyn was not present when the 2011 Will was executed.

The court eventually found that the 2011 will was valid and ordered a grant of probate be issued to the executors.

Once you’ve decided that you are interested in challenging a will, there are certain steps that need to be taken. This is a complex area of the law and strict time limits apply. In order to challenge a will, you will need legal representation.

What do I do next?

Who should I talk to?

You need to speak to a lawyer who is an expert in will challenges. For your free, 10-minute consultation, contact us today.