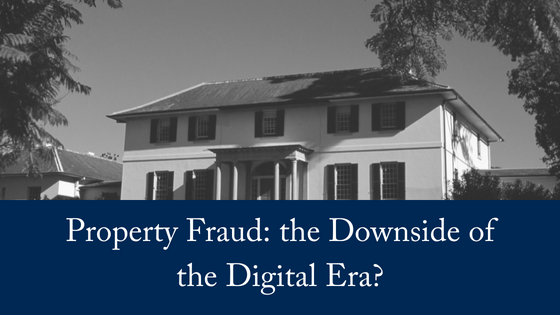 Will the digital age of conveyancing lead to more instances of property fraud? A former MasterChef  finalist has had $250,000 stolen while settling on a property via a new online conveyancing system, reports the Sydney Morning Herald.

Dani Venn and her husband Chris Burgess have been left without a home because $250,000 from a settlement on their recently sold property in north-east Melbourne was stolen by hackers who breached the fledgling electronic property transfer system Property Exchange Australia (PEXA).

Their conveyancer had no idea the money had been transferred to the fraudster’s bank account. The hackers gained access to PEXA by breaking into the conveyancing firm’s email account, accessing mail from PEXA and then setting up new accounts.

The family are now unable to pay the vendors of a house they were supposed to be buying.

Ms Venn’s bank the Commonwealth Bank, PEXA and the conveyancers are working to investigate problem, however it remains unclear who will take responsibility for the theft. Both the CBA and PEXA have said they will not take responsibility.

Ms Venn and Mr Burgess sold their Smiths Gully home on June 15. Their conveyancer was transferring funds (online, using PEXA) from the sale to Ms Venn’s bank account, however on June 18 the money was stolen by hackers before it landed in her account. This means the family are unable to pay the vendor of a Mornington Peninsula home that they bought.

In another case three weeks ago,  more than $1 million was fleeced from an unsuspecting Surrey Hills home owner in Melbourne’s east during the settlement period.

Conveyancers, who handle the exchange of a property, say the PEXA system does not require additional subscribers using a conveyancer’s account to verify themselves or provide proof of identity.

Australia is converting from the Torrens title paper system of exchanging property to electronic certificates.

Is the online system vulnerable to property fraud? Online property exchange service PEXA says its platform remains secure and has “robust fraud protections” following the revelations of several significant theft of funds involving its system. According to PEXA, in all instances of theft, the breach did not involve their systems, but the emails of conveyancers.

“As a result, the destination account details in the settlement schedule were fraudulently changed,” PEXA said.

“PEXA has robust fraud protections and strict authentication procedures built into its platform,” PEXA’s acting CEO, James Ruddock, said in a statement. “Given the online environment in which we operate, we continually review and enhance these.”

The company said its platform had reduced incidents of property fraud.

The susceptibility of conveyancing to email fraud and intercepted payments has been known for several years, and all cases seem to rely on compromising an email account.

In late December last year, hackers phished the email accounts of at least two Queensland law firms. Once inside, they were able to reroute transactions, and appeared to particularly favour conveyancing transactions, likely due to the size of the amounts involved.

The hackers approached the firms under the pretext of requiring conveyancing services, and then phished account credentials by faking a secure document exchange.

“The cyber scammers are intercepting emails and changing the bank account details that go to the client,” Australian Institute of Conveyancers SA CEO Rebecca Hayes was quoted by ABC as saying.

Deloitte Australia said in May that there have been “a number of fraud cases [in recent years] where scammers have intercepted emails between conveyancers and vendors in order to redirect sale funds or sell a property without the vendor being aware.”

It noted the move of most parts of Australia “from a paper based system to an electronic settlement and lodgement process”, which is chiefly enabled by PEXA.

However, while Deloitte said that digitisation “helps to mitigate some of risks for fraud”, it is “also creating new issues for practitioners to consider.”

Legal academics from QUT and the University of Tasmania opined in mid-2016 that fraud prevention in the PEXA environment was largely down to the vigilance of participants.

For its part, PEXA argues that e-conveyancing is a much safer way of settling home transactions, and offers less chance of fraud than paper processes did.

“To date, over 1.2 million transactions have been successfully completed on PEXA,” it said. “Instances of property fraud and attempts of fraud have been incredibly low, in fact much lower than the paper process.”

This is not entirely unsupported. For example, the NSW government said that “since 2013, the NSW Registrar General paid around $2.1 million for errors made in paper transactions, and $7.3 million for fraud.”

“In comparison, during the same period, not one single payment has been made on any of the 360,345 electronic lodgments.

For most people, the sale or purchase of a house is the largest transaction they’ll ever be involved in. To ensure your property transaction is handled by an experienced team, contact us today. We offer a free, 10-minute phone consultation.