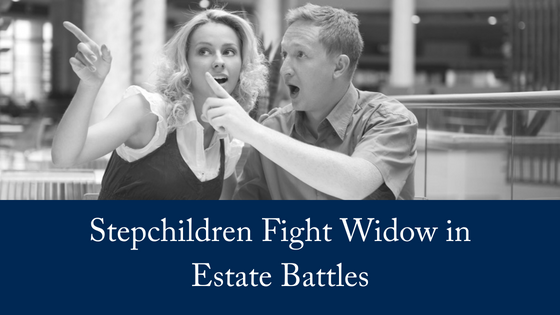 It’s a common scenario: the children from previous relationships and the deceased’s most recent spouse end up in costly estate battles. When there are sizeable fortunes to fight over, the acrimony is often worse.

Since his death in late 2017, Glen Campbell’s will has been the subject of a lengthy court battle as the country singer’s children attempt to contest the validity of the will, created in 2006.

Lawyers for Campbell’s publicist filed in early July for additional powers so that he could hire accountants and other experts to aid in the estimation of assets. The petition also states that the ongoing estate battles hindered the progression of typical estate administration activities.

Campbell’s daughter filed a claim on July 14 to request a complete accounting of a previously undisclosed bank account owned by Cambell’s widow, Kimberly Campbell. The account had previously been a joint account.

It was revealed that all royalty and related payments had been deposited into that account. In May 2018, Campbell’s widow filed in Mayto invoke a Tennessee law that guarantees a widow a set percentage of her husband’s estate in the event he dies without a valid will.  Kimberly Campbell’s filing included a 40 percent share of the estate, as well as a year’s support allowance.

She also filed a claim for $506,380 for reimbursement of money spent during Campbell’s fight with Alzheimer’s disease. Expenses included the cost of assisted living care, the installation of a security fence, and legal fees.

Kimberly Campbell also filed a claim for $14,246 to recover an insurance payment for water damage that was erroneously paid to the estate instead of the family trust.

Court records revealed in late 2017 that Cambell’s will had excluded three of his eight children. It stated that he was “specifically excluding” his daughter Kelli and sons William and Wesley from receiving anything from the will or a related trust.

The will, dated for September of 2006, also also names his wife, Kimberly, as the executor. It gives no explanation as to why three of the children were cut out.

However, Travis and his older half-sister Debby did file a lawsuit in 2015 when they said Kim had kept them from seeing their father for more than a year.

At that point, Kim had moved her husband to a long-term care facility so he could get round-the-clock attention for his Alzheimer’s.

The brother and sister won their legal battle a year later, and Tennessee has since passed a law inspired by the case, which protects family members’ rights to see their loved ones who suffer from diseases similar to Alzheimer’s.

Previously, the primary family member in charge of the sufferer was allowed to dictate who could and couldn’t get visitation.

The caretaker for a businessman who married him in his final days forfeited her statutory share of his estate because she knowingly married him while he was mentally incapacitated, a Surrogate’s Court judge found.

The ruling was handed down just before the July Fourth holiday, following a 37-day trial in a 12-year-old court battle over the estate of Irving Berk, a successful businessman who founded the Berk Trade and Business School and who was 100 when he died in 2006, leaving behind an estate of more than $5 million.

Berk’s caretaker, Hua Wang, known as Judy, married Berk as his physical and mental health were in decline and without his family’s knowledge.

Generally speaking, there is a strong presumption in the law that marriages are valid. Thus, Wang had been successful at fending off Berk’s sons’ challenge to her right of election which, under state law, entitles her to claim one-third of Berk’s estate.

But following a 37-day trial Acting Brooklyn Surrogate Judge John Ingram, said he found it “impossible” that Wang didn’t know that Berk wasn’t mentally incapacitated when they got married in 2005.

“The evidence presented shows consistent, insidious and duplicitous conduct that led to” Wang’s “clandestine marriage” to Berk, the judge said.

Legal observers say that the ruling comes at a time when people are living longer, potentially putting them at risk of exploitation by caretakers, and puts would-be fraudsters on notice that courts will take action if they sense that a marriage was obtained through undue influence.

Berk wrote his sons and his four grandchildren into his will in 1982 as the sole beneficiaries. In 1997, as their father’s health started to slip, his sons hired Wang to be his live-in caretaker.

In 2005, Wang and Berk got married in a civil ceremony at the New York City Clerk’s Office that was attended by a Mandarin interpreter. Wang stayed quiet about the marriage until she was sharing a car with Berk’s sons on the way to a funeral home the day before their father’s funeral.

Under state law, spouses are given a right of election entitling them to $50,000 or one-third of the estate, whichever is larger.

But in 2008, Brooklyn Surrogate’s Court Judge Diana Johnson found that, regardless of whether or not Berk’s marriage to Wang was executed through fraud, her hands are essentially tied by state statute; she said her decision would seem to invite a “plethora of surreptitious deathbed marriages” as a means of trying to line one’s pockets through the statutory right to election but “this is simply the state of the law.”

In 2010, ruling on both the Berk matter and a companion case, the Second Department issued a landmark reversal, finding that a spouse forfeits his or her right to election if they knowingly marry an elderly or infirm person for the purpose of obtaining some of their estate.

In 2015, the Second Department yet again handed the case back to the Surrogate’s Court, directing the lower court to answer the question: Did Wang know that Berk was incapacitated when they were wed, and thus knowing he was incapable of consenting to the marriage? If so, did she take unfair advantage of Berk by marrying him for his money?

Ingram said that Berk’s sons presented a “plethora of credible evidence” that their father was in a diminished mental state when he married Wang, such as the fact that Berk was unable to accurately complete his application for a marriage license, misreporting his address and his mother’s maiden name.

if you have a blended family and need estate planning advice, or if you think a loved one is a victim of undue influence, please contact our expert team today. We offer a FREE, 10-minute phone consultation.